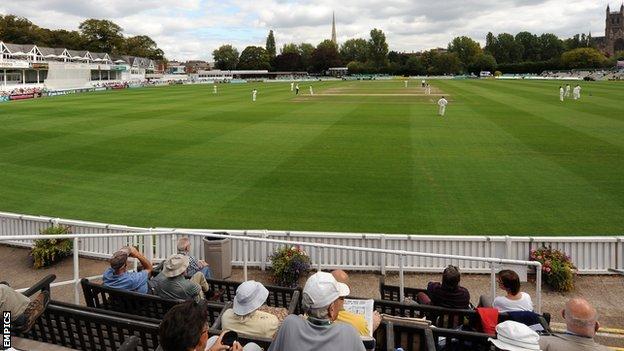 Worcestershire have announced a post-interest profit of £225,009 for the 2012 season.

Despite a disappointing campaign, in which they suffered relegation in the County Championship, this was the county's third straight annual profit.

A major factor in the positive figures is the money that the county have made from land leased to a hotel company.

Worcestershire are currently building new facilities which they hope to use to increase their revenue streams.

"This will create a truly 365-day-a-year business with a long-term viable and sustainable future, ultimately allowing further investment both on and off the pitch," said chief executive David Leatherdale.

"As we head into 2013 it is hoped the visit by Australia on the 2-5 July, as they warm up for the eagerly anticipated 2013 Ashes series, will also give the club and city a boost at the height of summer."