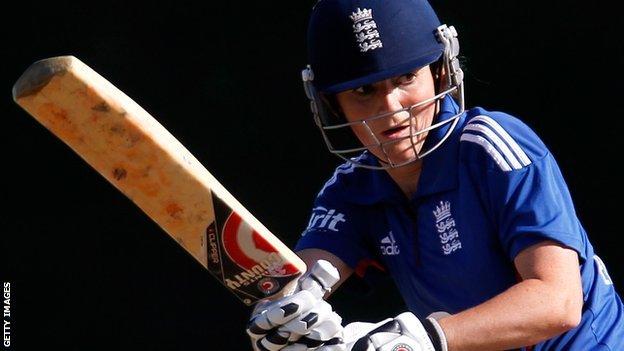 Mignon du Preez made 64 not out but England's Holly Colvin took two wickets to restrict South Africa to 219-6.

England face New Zealand on Tuesday before their opening group game against Sri Lanka on 1 February.

That game is followed 48 hours later with a match against tournament hosts India, with England meeting West Indies on 5 February in their final group game.

The final is scheduled for 17 February.

Knight said the game against South Africa had proved invaluable in terms of preparing for the tournament.

"Charlotte batted well up front, laid a platform for the lower order to get a decent total on the board," she told the England & Wales Cricket Board's website.

"And then the bowlers got overs under their belts and it was good to get miles in the legs in the field.

"There wasn't a huge amount of turn out here, but I think Holly bowled particularly well and just hit her areas."