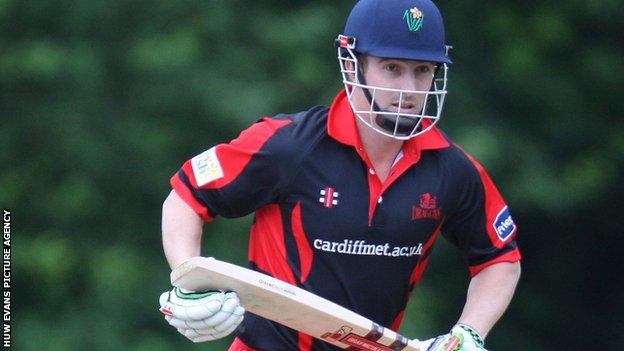 Australia one-day batsman Shaun Marsh is in talks over a return to Glamorgan's Friends Provident T20 side in 2013.

Marsh signed for Glamorgan last season, scoring 209 T20 runs at an average of 52 and made a top score of 85.

The 29-year-old was recalled for Australia's T20 series with Sri Lanka and finished as Perth Scorchers' top scorer in the Big Bash.

Glamorgan coach Matthew Mott hopes Marsh he can persuade him to return.

After his spell at the Swalec Stadium in July 2012 Marsh said: "I'd love to come back but we'll just have to wait and see.

"I've thoroughly enjoyed my four weeks here with them [Glamorgan]."

Australian batsman Marcus North fills Glamorgan's first overseas player slot as he has already been installed as captain for the T20 side which starts at the end of June.