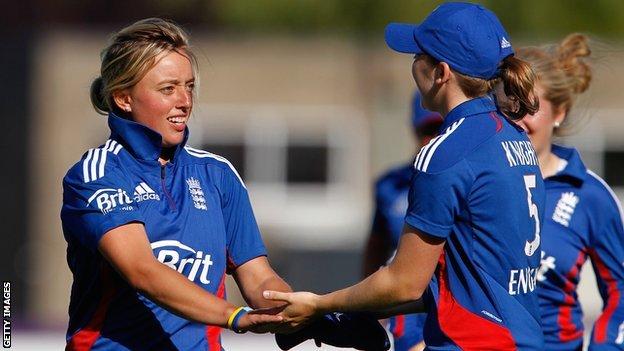 England lost by 13 runs to New Zealand in their final warm-up game before the start of the ICC Women's World Cup.

Danielle Hazell took 5-41 as New Zealand were bowled out for 223.

In reply, Lydia Greenway hit 51 in Mumbai before she was run out as Charlotte Edwards's team fell narrowly short of their winning target.

England begin the defence of the trophy they won in Australia in 2009 when they take on Sri Lanka on 1 February.

"We're disappointed with the loss, but we're preparing well and we're looking forward to the tournament starting against Sri Lanka," Hazell told ecb.co.uk.

"It's nice to bowl well and get some wickets under my belt."

The Sri Lanka game is followed 48 hours later by a match against tournament hosts India, with England meeting West Indies on 5 February in their final group encounter.

The final is scheduled for 17 February.

On Monday, Edwards hit 78 as England beat South Africa by 51 runs in their opening warm-up match.