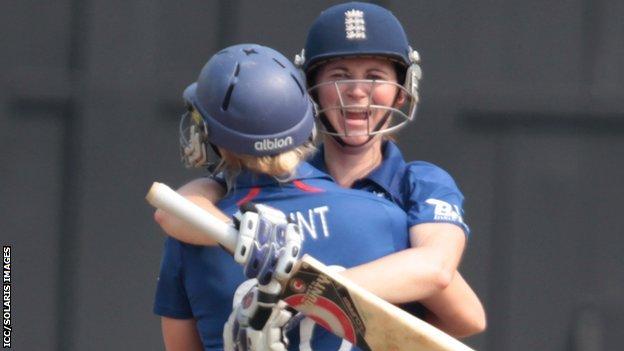 Needing 53 for a new record, Edwards moved past Clark by hitting Reema Malhotra through the covers for four.

The Kent batter went on to post her seventh ODI century in the 32-run win.

Edwards, who also became only the fourth woman to register 1,000 World Cup runs, was eventually run out for 109 from 123 balls - her effort helping England to 272-8 in Mumbai.

At the age of 16, Edwards was the youngest woman to play for England when she made her Test debut against New Zealand in 1996, a record that has since been taken by current team-mate Holly Colvin.

Edwards took over as England captain in 2006 following the retirement of Clare Connor and has since led her side to win the Ashes, the 2009 World Twenty20 and the 2009 World Cup.