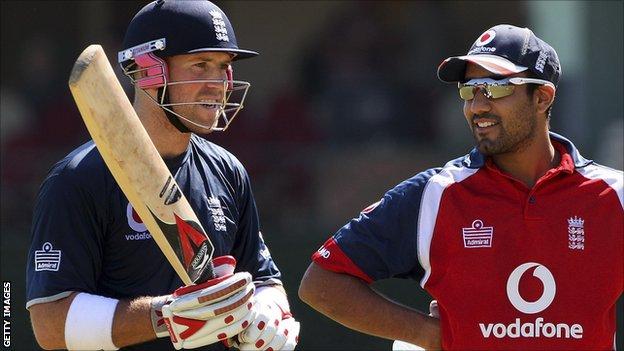 England pair Matt Prior and Ravi Bopara plus Ireland batsman Kevin O'Brien all failed to attract bids at the auction for this year's Indian Premier League.

It was the second year running that the trio failed to attract interest.

Maxwell's price was significantly lower than the top sale achieved last year when India's Ravindra Jadeja was sold to Chennai for $2m (£1.26m).

The Australian, who arrived at Hampshire as a relative unknown last year, celebrated his sale with a golden duck during Australia's one-day match against West Indies. However, he did manage four wickets as Australia defeated West Indies by 54 runs.

Australia captain Michael Clarke and their former skipper Ricky Ponting could secure only their base price of $400,000 (£255,000) each when picked up by Pune Warriors and Mumbai Indians respectively.

England all-rounder Bopara played for Kings XI Punjab in the 2009 and 2010 IPL tournaments and has an average of 29.69 from 14 innings, but has not featured for the last two years.