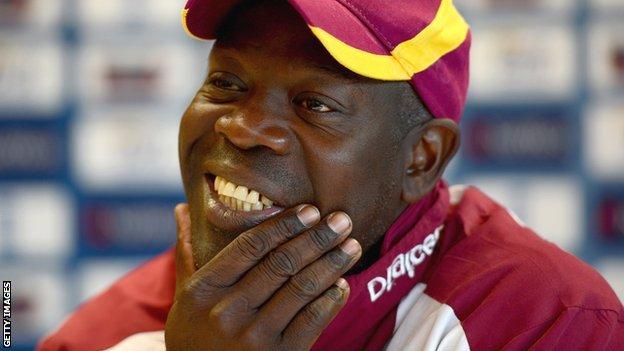 Ottis Gibson has signed a new three-year contract to remain as head coach of the West Indies.

Gibson took over the role from John Dyson in 2010 and led them to victory at the World Twenty20 last year.

"I am happy to continue with the team for the next three years as we look to take West Indies cricket forward," he said.

Former England bowling coach Gibson had been linked with the director of cricket role at Warwickshire, vacated by Ashley Giles.

Instead, the Bears promoted Dougie Brown from assistant coach.

"I enjoy being involved in West Indies cricket and it is something I'm very excited about considering what we have achieved - especially in the last year - beating New Zealand at home in all three formats and winning the ICC World Twenty20 tournament in Sri Lanka," Gibson told the West Indies Cricket Board's official website.