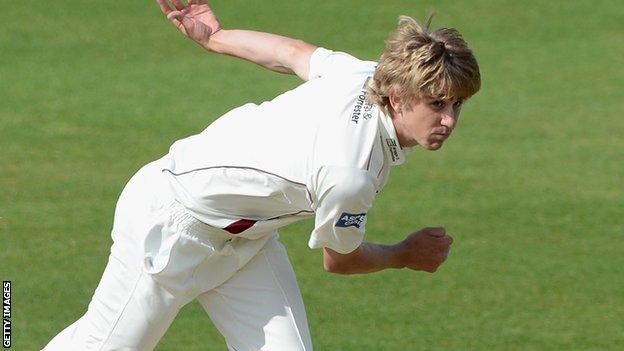 Northants paceman Olly Stone has registered the best ever bowling figures for England in a youth Test.

The 19-year-old from Norwich took 11 wickets for 79 from 44 overs across two innings against South Africa Under-19s in Paarl.

It set up a final-day run chase of 286 for England on Wednesday, but they fell short, losing by 67 runs.

The right-armer made his CB40 debut against Warwickshire in May and then his first-class bow in a draw with Yorkshire.

He has taken five County Championship wickets in his three matches at an average of 40.40.