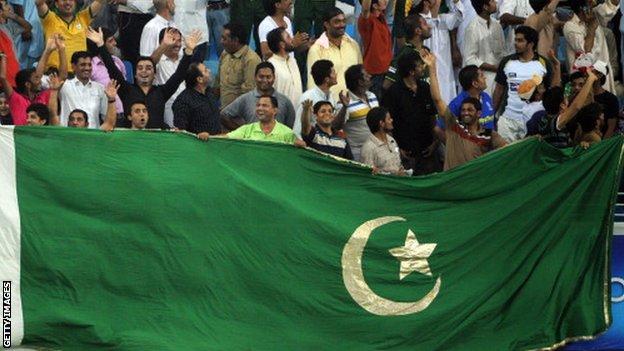 The inaugural Pakistan Super League has been postponed from its 25 March start date to allow players to secure clearance from their national boards.

The international union Fica had called the tournament "unmanageable".

And security concerns have led Australia and South Africa to ban their contracted players from taking part.

Former England players and Ajmal Shahzad had declared an interest in the tournament which promised salaries of up to $100,000 (£63,000).

But English counties were reluctant to grant players No Objection Certificates for the 12-day tournament due to safety worries and the proximity to the start of the English county season.

But despite safety concerns, organisers the Pakistan Cricket Board (PCB)

The PCB said the reason for rescheduling the event was that they needed more time to tackle the overwhelming response to the tournament .