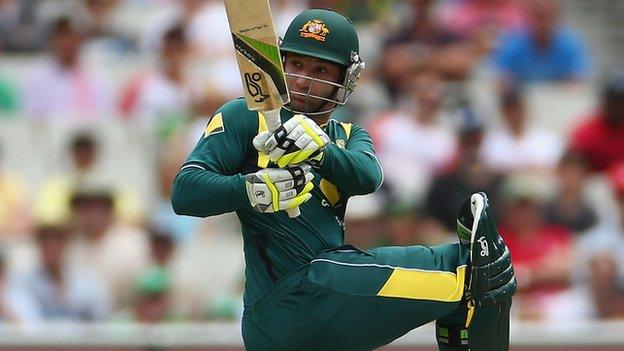 Worcestershire may be forced to revise their plans for an overseas player this summer following opener Phil Hughes' return to the Australian national team.

After last season's successful stay at New Road, Hughes was lined up to spend a full summer with the county in 2013.

But his form for the Aussies now looks likely to limit his availability.

"We are looking at other options," said chief executive David Leatherdale. "Phil is aware of that and hopefully something will be sorted by next week."

Worcestershire are victims of Hughes' own success for the county.

Phil Hughes knows we would like someone for a longer period. But, if he is available and we cannot sign anyone who is available for longer, then we would happily welcome him back

That form helped to earn him an international recall late for Australia in 2012 - and he has so far responded with innings of 86 and 87 in the three-Test series against Sri Lanka, as well as clocking up 416 runs in 10 games since making his one-day international debut just a month ago.

And he is now very much in line to tour England this summer with the Aussies, which would limit his potential involvement at county level to just April and May.

"Phil is still on our agenda and at the moment is available in April and May, even if selected for one-day and Test cricket," added Leatherdale.

"We would still like Phil, but the difficulty is knowing whether Australia will put in place training camps before the Ashes tour, which would obviously limit the availability.

"Phil knows we would like someone for a longer period. But, if Phil is available and we cannot sign anyone who is available for longer, then we would happily welcome him back if possible.

"He did very well for us last summer, has said himself he would like to come back, and has been in good form since getting back into the Australian side."