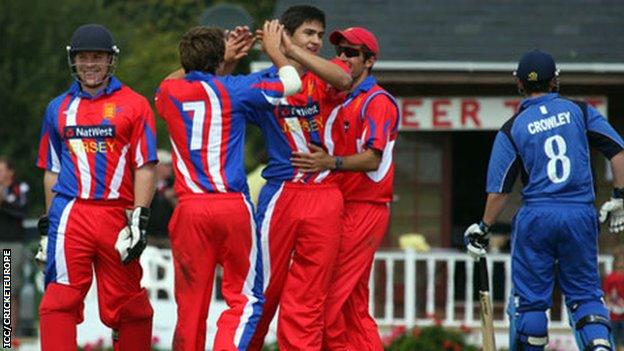 Jersey's facilities have been given the thumbs up by the International Cricket Council (ICC) ahead of this summer's World Cricket League division six.

Grainville, FB Fields, Les Quennevais and Farmers Field have been revealed as the four venues.

Les Quennevais - Multiple pitches in the west of the island alongside a multi-sports leisure centre.

"Jersey are very fortunate to have such great grounds and it was very difficult determining which grounds to use.

"I've got no real concerns over the facilities for the event.

"We've still got quite a lot of work to do on budgets, transportation and logistics but I'm more than happy to go back and give a big tick of approval."

"We could've used all the facilities really but we've decided to use those four because they're best suited to the games.

"It doesn't happen in five minutes - these tournaments do require a lot of work."

Jersey last hosted a World Cricket League tournament in 2008 when they finished runners-up to Afghanistan in division five.