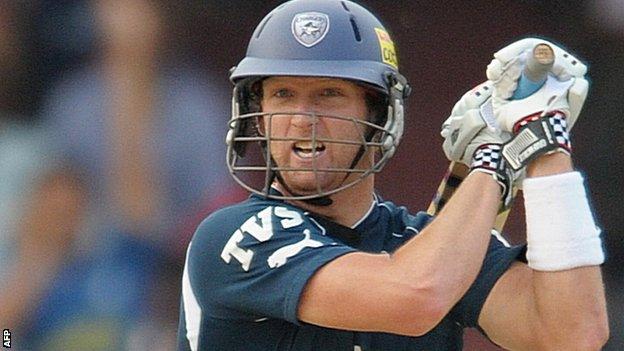 White scored 228 runs in eight innings in last season's competition at an average of 57.

His top score was 62 in a disappointing season for the Steelbacks, which ended with just one win.

The 29-year-old plays for Victoria and Melbourne Stars and is also currently contracted to Sunrisers Hyderabad - the successor team to Deccan Chargers.

White made his last Test appearance for Australia in 2008 and played his last one-day international against Bangladesh in 2011.

Northants have not yet signed an overseas player for the new season, although they are interested in the Australian pace bowler Trent Copeland.

A deal for South Africa pace bowler Rory Kleinveldt was withdrawn and chief executive David Smith has admitted that a return by former captain Mike Hussey is unlikely.