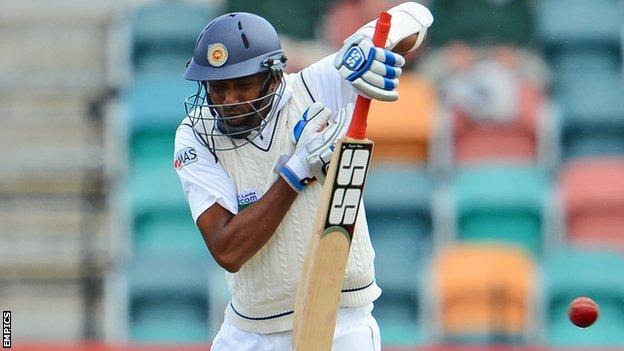 The 36-year-old veteran will take over the role lined up for Australian opener Phil Hughes, who was recalled to the national team over the winter.

Hughes is now expected to be named in the Aussies' squad for this summer's Ashes series, forcing Worcestershire to look elsewhere.

"We've been searching for an overseas batsman once we realised that Phil Hughes was not going to be available.

"It's wonderful to have him available for the whole season. It gives us real stability," Rhodes told BBC Hereford & Worcester.

"Thilan's wealth of experience is a big boost for the squad in general, but particularly our talented young batsmen who will benefit from his wily words of wisdom."

Samaraweera has twice toured England with his national team, in 2006 and 2011, but has never previously played any form of county cricket.

"Playing county cricket has been one of my long-term career ambitions," he said. "I am extremely grateful to Steve Rhodes and Worcestershire for giving me the opportunity to fulfil this ambition.

"And I look forward to repaying this faith by making significant contributions on the field this season.

"I can't wait to arrive in April and get started with the boys and pull on the Worcestershire shirt for the first time."