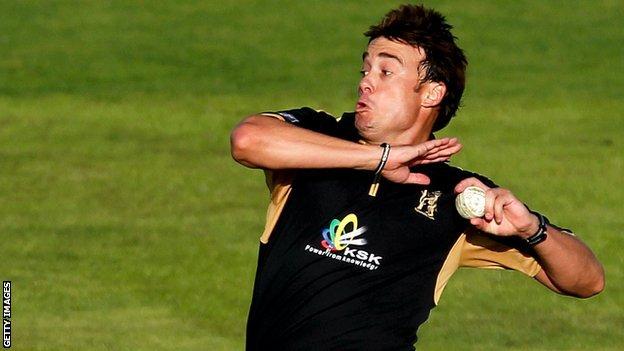 Veteran all-rounder Neil Carter is set to win a first Scotland cap after being called up for the tour of the United Arab Emirates.

The Scots face Afghanistan in all three formats of the sport while in Sharjah.

South Africa-born Carter, who spent 11 years at Warwickshire, qualifies for Scotland after a change of eligibility rules regarding residency.

"This is a massive few weeks of cricket for the team in terms of reaching the 2015 World Cup and another I-Cup final," said Scotland captain Gordon Drummond.

"The new-look squad has a good balance to it and gives us a great deal of options."

The Scots open the tour with three warm-up matches against UAE Blues, before facing the Afghans in two T20 matches on 3 and 4 March in Sharjah.

These fixtures are followed by two World Cricket League one-day internationals on 6 and 8 March, also in Sharjah, before an Intercontinental Cup clash in Abu Dhabi between 12-15 March.