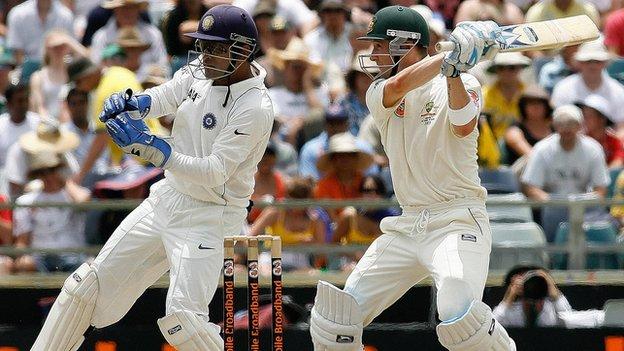 India will look to redeem themselves when they face Australia in the opening Test of the four-match home series in Chennai on Friday.

Mahendra Dhoni's side suffered a crushing 2-1 home defeat at the hands of England in their last Test series, prompting calls for the skipper to resign and demands for wholesale changes to the team.

Doubts over Sachin Tendulkar's future also caused uncertainty after a lean spell with the bat and could be an issue again unless the Little Master, who is 40 in April, can get amongst the runs.

Australia captain Michael Clarke needs his side to have a morale-boosting series before back-to-back Ashes series against England, but his job will not be easy, with limited spin resources at his disposal on turning tracks in India.

BBC Monitoring has pulled together the views of the Indian media ahead of the series.

The two captains have plenty to play for in the series. Clarke would want to add an India Test series win to his already impressive portfolio, while Dhoni is looking to grab an opportunity to recover from the heavy defeats against England, both home and away, and a humiliating 4-0 thrashing down under.

However, the skippers are taking differing approaches to the series, with Australia picking a four-man pace attack, including debutant all-rounder Moises Henriques, and using Nathan Lyon as the lone spinner for the first Test.

India are likely to stick to their strengths and go with three spinners, including local boy Ravichandran Ashwin and veteran Harbhajan Singh, who is set to make his 100th Test appearance after being dropped during the England series.

These choices are likely to test the craftsmanship and technique of the batsmen in both teams.

The visiting batsmen looked vulnerable against spin in their practice matches and Dhoni will want to exploit this weakness; Clarke can take solace from the belief that Indians are not fancied as great players of quality fast bowling.

The Times of India journalist Gaurav Gupta acknowledges the dangers of playing against Australia pace bowlers with the ability to bowl at over 90mph. 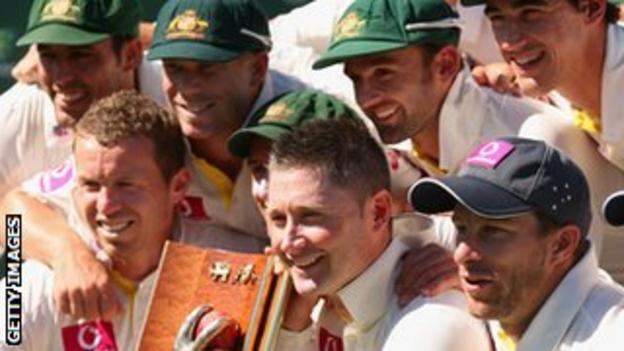 "Mitchell Starc boasts of speeds that can touch 150km/hour, and is probably the best left-arm fast bowler in the world right now. He could leave India bleeding with his lethal deliveries," he wrote.

"The ultra-quick James Pattinson has played just seven Tests, but an average of 22.09 while taking 31 wickets reflect his talent. Jackson Bird is a bit of an unknown commodity but Matthew Hayden feels he could be the star of the tour."

India's batting will heavily depend on veterans Tendulkar, Virender Sehwag and Dhoni, but the middle order lacks depth.

"It's Indian cricket's good fortune that Virat Kohli and Cheteshwar Pujara stepped up when they did. But with the departure of Rahul Dravid and VVS Laxman last year, they count for just two spots. And there is still no proper number six in Test cricket," Chetan Narula argues on livemint.com.

With Mike Hussey now retired, Australia will rely even more on skipper Clarke, David Warner and Shane Watson to fire in their batting department.

Will the sparks fly again?

The Border-Gavaskar Trophy may not have a rich history like the Ashes, but it features one of the greatest rivalries in Test cricket.

Few fans will ever forget the mesmerising 2001 Kolkata Test when India fought back after following on to win the match - only the third side in history to do so.

The trophy was first contested in 1996-97 and its short history is peppered with many classical moments, including a rich dose of controversies.

But the media feels something is amiss this time as there have not been the usual pre-series verbal attacks and rebuttals. 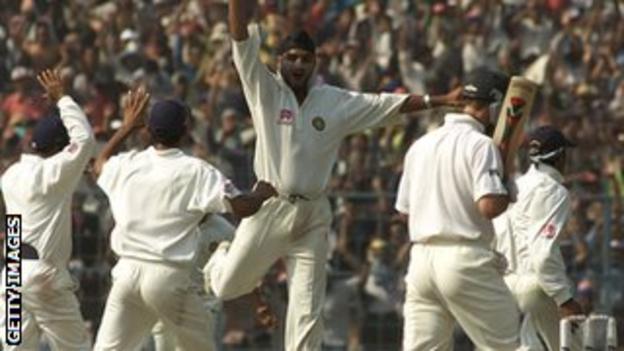 "When India take on Australia, there's often more than just the cricket. Australia's string of match-winning players always had the ability to rattle rivals with bat, ball and mouth," said Patha Bhaduri in the Times of India.

"For a while, some of India's more gifted cricketers stood up and tried to match them at these 'mental disintegration' tactics. But in a post-Sydneygate world, with both teams in transition, will the sparks fly like old times?"

Much of this can be attributed to the fact the both India and Australia have new-look teams with relatively unknown faces.

"An India v Australia encounter on the cricketing field forces one to remember the legion of greats who were part of this rivalry and a couple of great series between the two teams. But this time around, it is not about the greats," Vineet Ramakrishnanan wrote on cricketnext.com.

These players showed artistry and panache while playing, but also had a fierce competitive nature which sometimes descended into heated verbal exchanges on the field.

These factors made any India and Australia series a must-watch show for cricket fans.

This time, both teams are concentrating on their own problems rather than the weaknesses of their opponents.