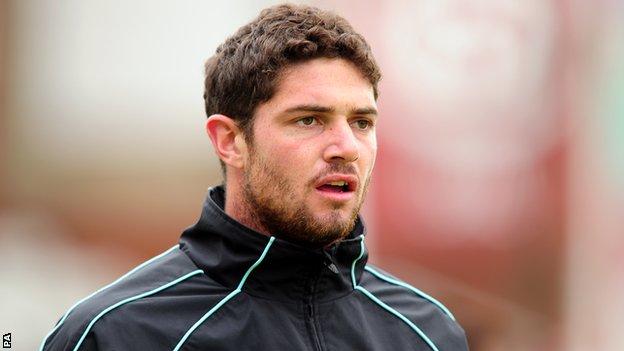 Tuesday's inquest will examine the events that led to Maynard's death last June, when the 23-year-old was hit by a London Underground train.

"It's a cloud that has been hanging over," said Surrey player Batty.

"It is, for a lot of people, a final bit of closure, so it can be finally goodbye and we can remember him as we want to - as a wonderful young man."

Maynard, the son of former England and Glamorgan batsman Matthew Maynard, was stopped by police on suspicion of drink driving near Wimbledon Park Underground station at 0400 on 18 June.

The ex-Glamorgan batsman was later the same night found electrocuted after stepping on a live rail before being struck by a tube train on the District line.

Batty, 35, took over the Surrey club captaincy for the second half of last season after regular skipper Rory Hamilton-Brown took a break from playing on compassionate grounds following the death of Maynard.

Hamilton-Brown subsequently left the Oval for Sussex, citing the passing of his close friend as his main reason for the move.

Batty described the atmosphere in the Surrey dressing room following the tragedy as "absolutely horrendous".

"I've never witnessed anything like it in my career," said the off-spinner, who signed a new two-year deal in September.

"It almost makes cricket secondary to everything else which is going on."

Batty added that it "was a bit of comfort" to be "out there playing cricket, knowing Tom loved it" but admitted the passing of the former Glamorgan player affected a lot of people.

"On a daily basis, there would be people in tears in the corner," he said. "It was not a pleasant situation by any stretch."

Batty paid tribute to the way the club as a whole handled the aftermath of Maynard's death.

"The club were great, doing their best to offer people support and comfort, but, in the immediate aftermath of Tom's death, it was so difficult to try and look after everyone," he added.

"The players were badly affected but also people around the club. It was difficult for everyone to get back on track and deal with it in the right way."