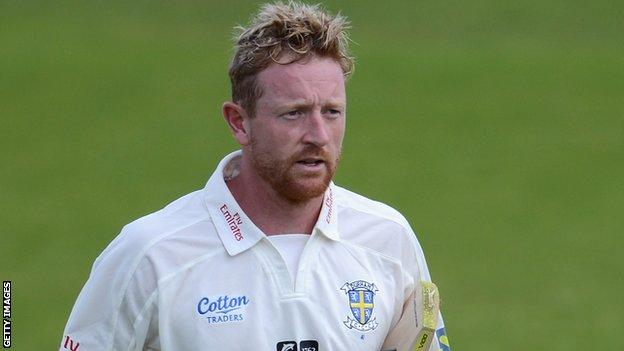 Durham captain Paul Collingwood has undergone surgery on his right thumb, but will be fit for the start of the new County Championship season.

The 36-year-old sustained the injury over the winter on the same hand he broke in the middle of last season.

A club statement said: "Paul will have 10 days of complete rest and spend three weeks in a protective splint."

He will then begin rehabilitation with a view to playing in the Championship opener against Surrey on 10 April.

The former England all-rounder, who played 68 Test matches and skippered them to victory in the 2010 World Twenty20 competition, took over as Durham's four-day captain last July.