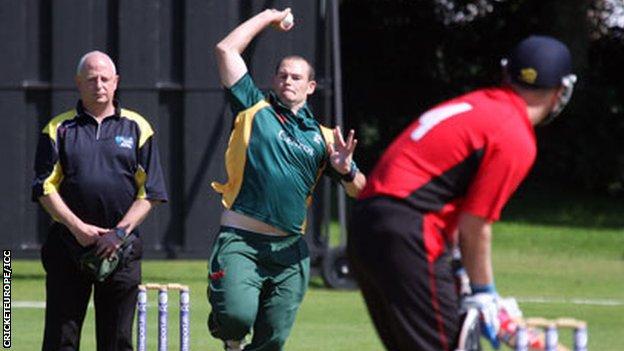 Jamie Nussbaumer has been named as the new captain of Guernsey's cricket team.

The 25-year-old bowler has skippered club side Cobo for the past two years and played for Guernsey in the last two World Cricket League tournaments.

He takes over from of the island side as they moved into international cricket.