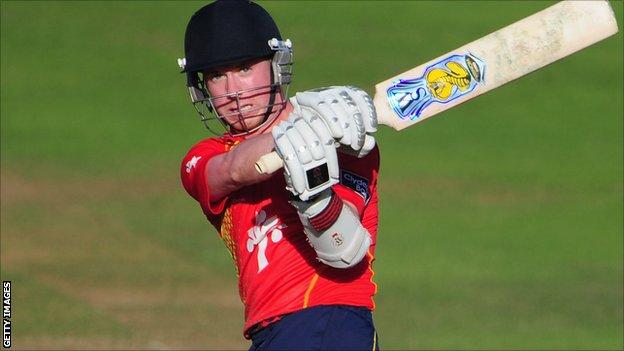 New Hampshire signing Adam Wheater says he has been given no assurances he will be their first-choice wicketkeeper.

Essex coach Paul Grayson claimed that "Hampshire have given him [Wheater] assurances that he will be first choice", but Hampshire manager Giles White has denied this.

And Wheater says he knows he will have to battle with Michael Bates for a place in the Hampshire side.

"I haven't been given any assurances here," Wheater told BBC Radio Solent.

The 23-year-old joined Essex in 2008 but fell out of favour and was third choice behind James Foster and Ben Foakes.

Wheater, who attended Millfield School in Somerset, made 50 first-class appearances for Essex, scoring 2,463 runs at an average of 39.09.

His new rival Bates signed a new two-year contract at Hampshire in November, and the pair head to Barbados later this month for the county's pre-season tour.

"From now until the start of the season there are a lot of opportunities to perform or not to perform," added Wheater

"I'm not sitting here with a definite spot in that first game but I'll certainly be trying to do all I can to play for Hampshire.

"I moved away from Essex because I was just playing as a batter and if that happens [playing as a wicketkeeper] then it will be exciting."