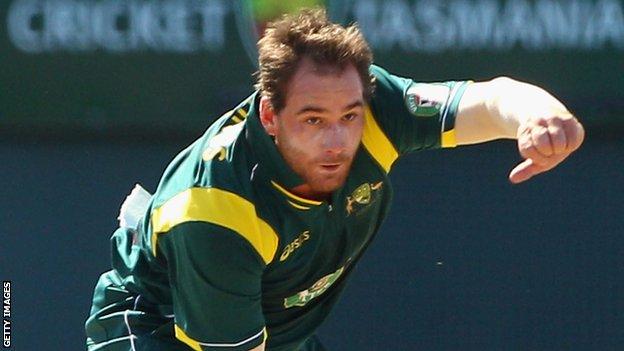 Sussex have announced the signing of John Hastings as their second overseas player for the FL t20 competition.

The 27-year-old all-rounder has appeared for Australia in all three formats of the game.

It has always been a huge goal of mine to play in an English summer. I couldn't be happier about my upcoming time at Sussex

"Both Matt Prior and Luke Wright played with him during the Big Bash [in Australia] and both pushed hard for us to approach John for the competition."

He added: "John should be a perfect fit for the club and we're delighted to have him on board."

Hastings, who bowls right-arm fast-medium, has played three Twenty20 internationals and 11 one-day internationals, and made his Test debut against South Africa in November last year.

A back injury prevented him from adding to that solitary Test cap, although he has most recently been playing for Australia A in an unofficial one-day series against England Lions.

Having also been targeted by Northants, Hastings is looking forward to playing in England.

"I can't wait for the opportunity to help the team in going one step further this season," he said.

"It has always been a huge goal of mine to play in an English summer, and I couldn't be happier about my upcoming time at Sussex."