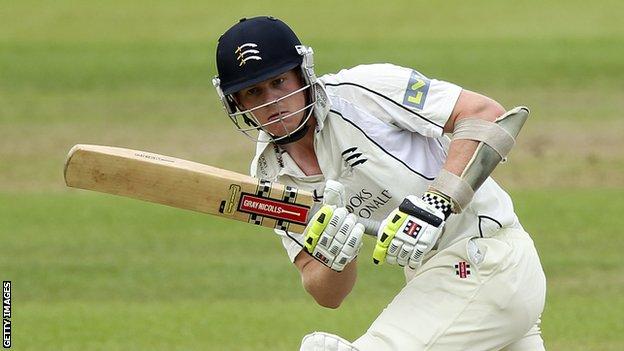 Middlesex batsman Sam Robson has extended his contract with the Lord's outfit until the end of 2014.

The 23-year-old Australia-born player made his first-class debut for the county in 2009.

Middlesex managing director of cricket Angus Fraser said: "Sam has made real progress in the last two to three years and we believe he has a bright future.

"He is one of a group of young cricketers to have committed themselves to Middlesex."

He added: "We hope these players continue to take the club in the right direction and allow it to compete for domestic honours in the coming years."