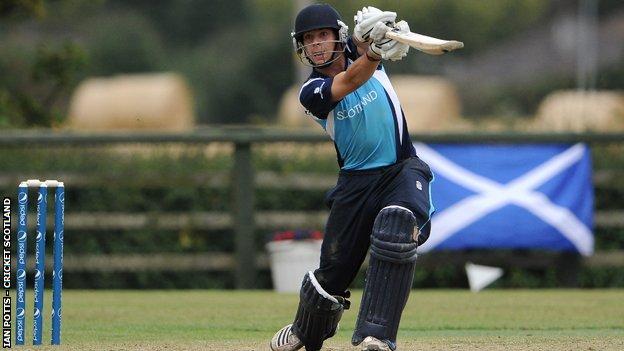 Warwickshire have completed their second signing of the winter by signing young Scotland batsman Freddie Coleman.

The Edinburgh-born 21-year-old, who is on a retainer with Cricket Scotland, has signed a summer contract after graduating from the county's Academy.

"He has many of the attributes to achieve success at the top level, ability, temperament, he's a good team man and he's prepared to work very hard."

Coleman, who departed this week on the Bears' pre-season training camp to Barbados, is currently studying at Oxford Brooks University, but will be available once his summer examinations are over.

"Barbados is his first tour in the professional ranks," added Brown. "It's a great opportunity for him to train with experienced members of the squad and start his journey towards being an accomplished cricketer."

Also on the trip to Barbados is another promising young batsman from within Warwickshire's own ranks at Edgbaston, 17-year-old Australian Sam Hain.

But the county champions may have to wait until just before the start of the season in April before they can confirm that he will also take up a place within Brown's squad.