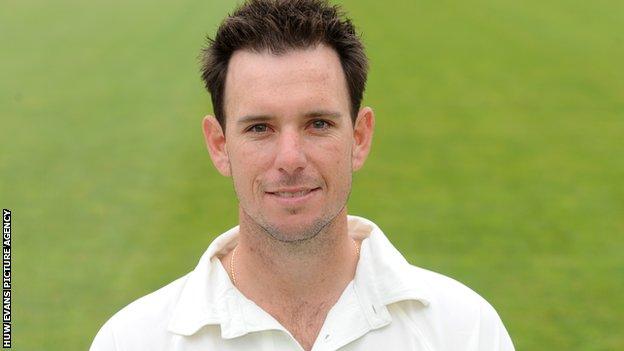 Glamorgan all rounder Jim Allenby is out of the county's pre-season tour to South Africa through illness.

But Matthew Mott, the club's director of elite performance, insists Allenby, 30, will be fit for the start of the season in April.

"Jim's got some on-going health issues which are too complicated for me to explain," said Allenby.

"It's a softly-softly approach with him and he will be ready to start the season as per normal."

Our pre-season has been good and we think we have ticked all the boxes, but that doesn't count for anything in April

Allenby has had health issues in the past and missed the start of the 2011 season after undergoing stomach surgery.

He was unable to eat for a month and feared at the time he might not have played cricket again.

But Mott is confident his current illness will not affect him.

"He's just got back from Australia. He is fit enough to play and his skills are up there were they were last year," he added.

"He has had to manage a couple of things health-wise over three or four years.

"We have to be smart with him and we have pulled him out of games throughout the last couple of years when he hasn't been on top of things.

Allenby will miss the trip to Potchefstroom, outside of Johannesburg, along with fellow Australians - Marcus North, Glamorgan's one-day captain, and Michael Hogan, the county's new seam bowling recruit.

Glamorgan depart for the tour on 10 March and will include two matches against Leeds/Bradford MCCU (17 March) and North-West Invitation XI (18 March).

"I think it [the tour] is an enormous benefit, just to raise the spirits and get the sun on the back," said Mott, who is taking a squad of 17 on the trip.

"We have got a pretty backed schedule and some good games thrown in at the end."

Mott is conscious Glamorgan failed to spark in any of the three 2012 competitions - the LV County Championship, the Friends Life T20 and the Clydesdale Bank 40.

"We know we were poor last year. There is no hiding the fact that we under-achieved massively in all three formats.

"Our pre-season has been good and we think we have ticked all the boxes, but that doesn't count for anything in April.

"If we don't start well we are back to square one. There is pressure at the start of the year to really show something from what we are trying to achieve."