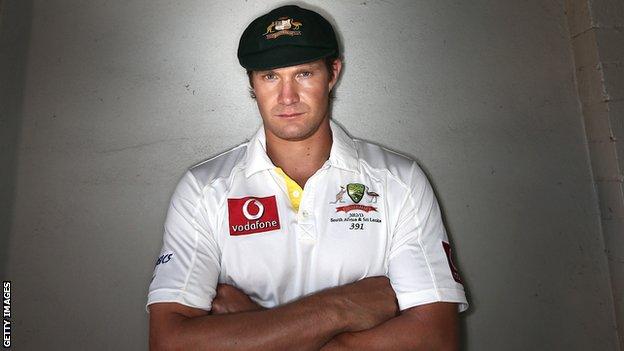 Australia vice-captain Shane Watson is considering his Test future after being left out for the third Test with India.

Watson, Mitchell Johnson, Usman Khawaja and James Pattinson were omitted after failing to provide a presentation to coach Mickey Arthur on team strategy.

The all-rounder left the tour to return to his pregnant wife but said he was "absolutely shattered" to be dropped.

"I will spend the next few weeks with my family to weigh up my options," he told the Sydney Morning Herald.

South African Arthur, who was appointed Australia coach in November 2011, asked each member of the current squad to contribute three points about the team following defeats in the opening two Tests of the four-match tour of India.

Watson, 31, said he had been about to tell Arthur and captain Michael Clarke on Monday that he would have to miss the fourth Test in Delhi next week to be home for the birth of his first child.

"I was about to communicate that to Mickey and the leadership group today but they obviously beat me to it by telling me I wasn't selected for this Test match," he said.

"There are lot more important things in life - I certainly do love playing cricket and that passion is still there and I feel like I'm in the prime years of my cricket career.

"From that perspective I still feel like I've got a lot to give. But from a holistic perspective I've got to sit down with my family and decide which directions they are."