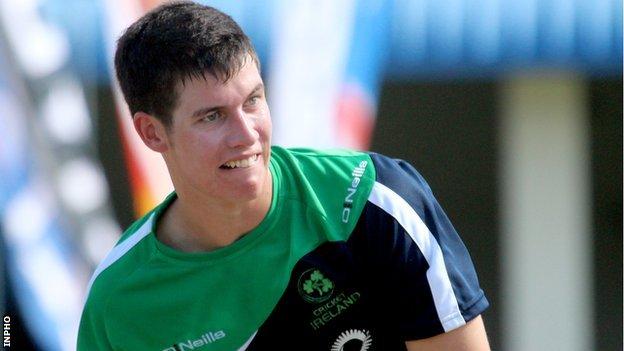 Ireland face a tough task in forcing a win in the Intercontinental Cup game in Sharjah as the United Arab Emirates closed on 302-6 after the third day.

It leaves UAE 287 runs behind with four wickets remaining in the first innings.

Ireland had a good spell after tea, taking five wickets for 38 with spinner George Dockrell and all-rounder John Mooney ending with two wickets each.

Khurram Khan hit 17 boundaries in his 115 for UAE before being trapped by Irish bowler Trent Johnston.

Earlier in the match, Ireland had recorded their highest ever runs total with 589-7 declared.