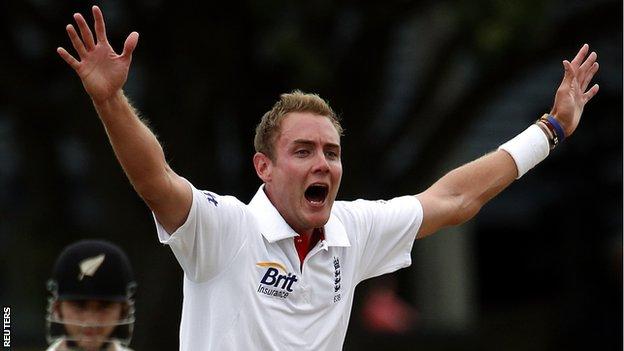 Broad has been hampered by a heel injury and a loss of form after which he became embroiled in a Twitter spat with former England captain Ian Botham.

But he bounced back to take 6-51 in New Zealand's first innings in the drawn second Test in Wellington.

"He's certainly back to his best. He ran in as well as I've seen him for a while," said Cook.

Broad, 26, took three quick wickets with the second new ball to remove BJ Watling, Neil Wagner and Trent Boult as England bowled out the hosts for 254 in their opening innings in the rain-hit second Test that ended on Monday.

Cook added: "He's always had the ability to do that.

"It was great to see him delivering again like that. I think that's his seventh 'five-for'.

"I think he's fully confident now with his heel, and it's great to have a senior bowler back."

England now head to Auckland for the third and final Test with the series deadlocked after two weather-affected draws.

"Let's hope we're set fair for five days, and we can actually get a result.

"Both sides will just want to play five days in a one-off match - and the best side will win."