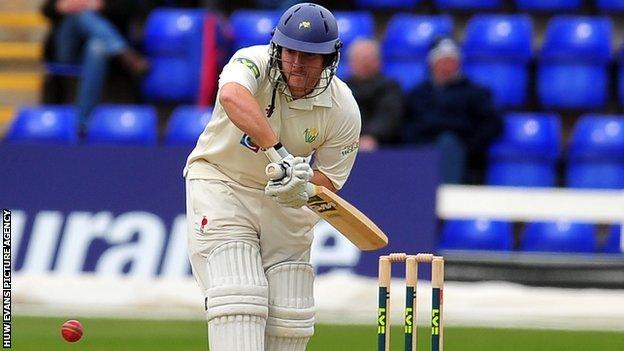 Glamorgan eased to victory by seven wickets over South Africa's North West Invitation XI in their 50-over friendly at Senwes Park in Potchefstroom.

Set 276 to win, Will Bragg hit an unbeaten 112 and Stewart Walters made 96 as Glamorgan won with 6 overs to spare for the loss of three wickets.

Graham Wagg, Simon Jones and Mike Reed claimed two wickets each as the home side made 275 for 8 in their innings.

Glamorgan's next friendly is against Gloucestershire in Cardiff on 25 March.

The following day, the Welsh county welcome Gloucestershire to the Swalec Stadium in another 50-over match, before facing Cardiff MCCU in a three-day game, starting on 1 April.

By the time the season starts with a Championship match at home to Northamptonshire, Glamorgan will be strengthened by the arrival of veteran Zimbabwe batsman Murray Goodwin and Australia pair Marcus North and Michael Hogan.

It is also hoped that all-rounder Jim Allenby will recover in time from the health problems that forced him missing the South African trip.