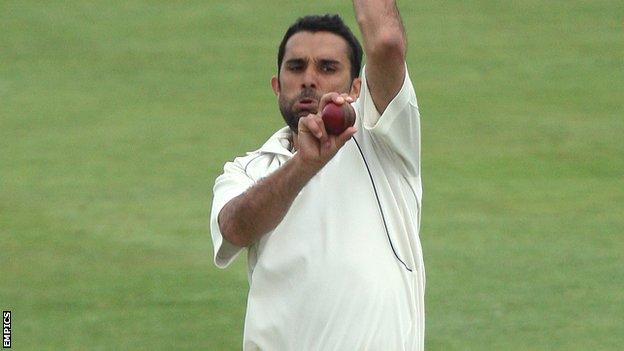 Kabir Ali, one of three winter arrivals at Lancashire, will miss the start of the 2013 season with a knee injury.

Kabir, 32, has not travelled to Dubai for a pre-season training camp and will miss the opening Championship game against Worcestershire on 10 April.

"We're hopeful it is nothing too serious," director of cricket Mike Watkinson told the club website.

"He jarred his knee in the foot holes during his time in Bangladesh.

"When he came back to us and started training indoors, it began to swell up. He went to see the surgeon for an arthroscopy midway through last week, and he will have to go and see him again."

Kabir, Australia opener Simon Katich and Leicestershire all-rounder Wayne White have all joined with the Red Rose county as Peter Moores' side aim to return to Division One at the first attempt.