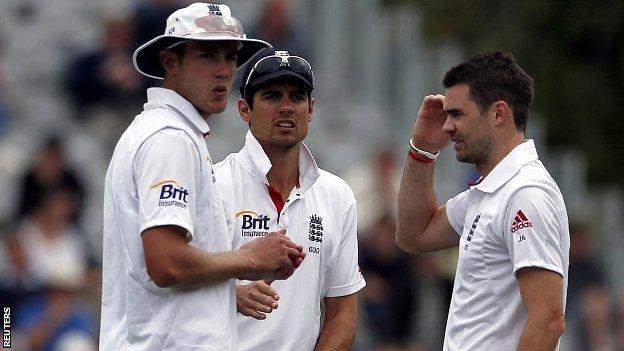 England have given their senior players the chance to play at least two county matches before the summer's first Test.

England face New Zealand in the first Test at Lord's on 16 May.

Bell, Compton, Prior, Root and Trott have also been freed to play at least one Yorkshire Bank40 match.

That would suggest they are not currently expected to feature against the Black Caps, although with Bairstow and Panesar currently deputising in the Test side for injured duo Kevin Pietersen and Graeme Swann, that may change.

Swann (elbow) and Pietersen (knee) are joined on the sidelines by Tim Bresnan (elbow), while Eoin Morgan will be made available to Middlesex upon his return from the Indian Premier League.