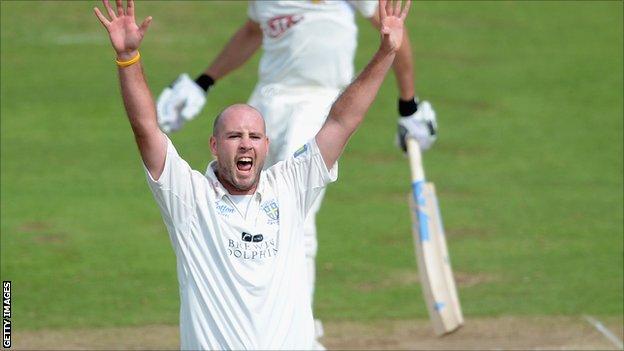 Seamer Chris Rushworth will join up with Durham team-mate Dale Benkenstein in the MCC side to face Warwickshire in Sunday's Champion County match.

Rushworth, who had the third lowest bowling average in the 2012 County Championship, replaces the injured Alan Richardson from Worcestershire.

"It is a shame that Alan has had to pull out of the Champion County match," said MCC manager John Stephenson.

"I am however delighted to welcome Chris into the squad."

Stephenson added: "I have heard really good things about him, and I am sure he will be a positive addition to our squad."

The Sunderland-born bowler, 26, who took 38 wickets in first-class cricket last season, came through the academy ranks to make his debut in 2010 and signed a new deal in November 2012.