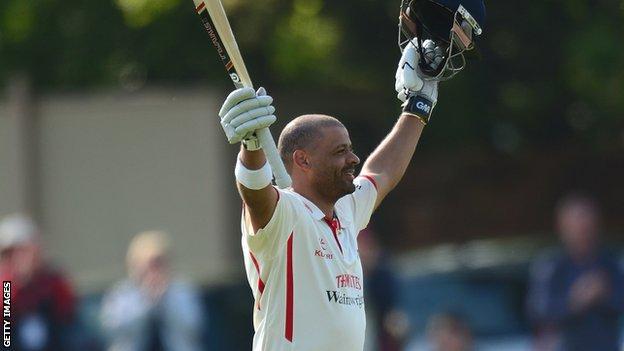 Prince, who has not appeared for his national team since December 2011, first played for the Red Rose in 2009.

The 35-year-old although his 1,008 Championship runs were

The left-hander has agreed a two-year deal, subject to successful visa and registration applications, and will be available for all three domestic competitions.

Head coach Peter Moores said: "Ashwell's commitment to Lancashire has always been strong and his return is a real boost to the whole squad.

"His experience will be invaluable to me as a coach and he will help to accelerate the development of some of our most talented home grown players."

Prince has played 66 Tests for South Africa, scoring 3,665 runs at an average in excess of 41, and has also appeared in 52 one-day internationals.

He was the only Lancashire player to pass the landmark of 1,000 runs during the 2012 season.

But, with already signed as Lancashire's overseas player for 2013, Prince's return only increases speculation that he is ready to end his international career which would enable him to join as a Kolpak player.

Pace bowler and all-rounder have also made the switch to Emirates Old Trafford from Hampshire and Leicestershire respectively.

The 2011 county champions begin their Division Two campaign on 10 April with a home game against Worcestershire, who were also relegated at the end of last season.

However, ex-England man Kabir will be because of a knee problem.