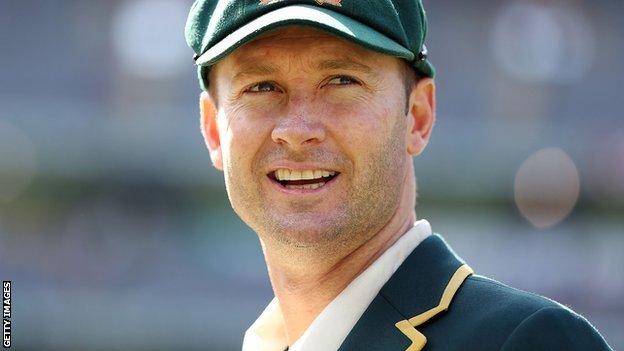 Australia captain Michael Clarke was taken to hospital on Sunday, suffering with gastroenteritis.

Clarke, who returned home early from Australia's tour to India with a back injury, was discharged on Monday.

The 31-year-old is expected to take up to 10 weeks to recover from his injury but should be fit for this summer's Ashes series in England.

Clarke will miss the Indian Premier League and is doubtful for June's Champions Trophy, also in England.

The middle-order batsman, who was replaced as captain by Shane Watson for the fourth Test in India, has been in brilliant form of late, averaging 106.33 in Tests in 2012.

His absence in Australia's final game against India meant he missed a Test because of injury for the first time in his 92-Test career.