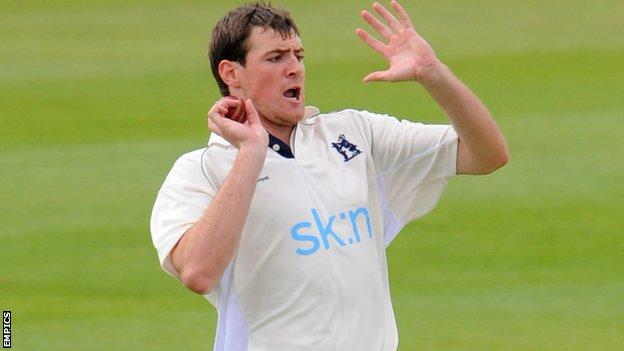 Seam bowler Andrew Miller has been awarded a one-year contract by Sussex after impressing on pre-season trips to South Africa and Dubai.

The 25-year-old was released by Warwickshire last year, having begun his career with Lancashire.

"He's come from nothing to earning the right to have a contract through hard work and perseverance.

"We've been impressed by his attitude, commitment and the repeatability of his action," said manager Mark Robinson.

Miller, who made his debut for Warwickshire against Bangladesh A in 2008, has taken 35 wickets in 18 first-class appearances.

"I'm absolutely thrilled to be given this opportunity at a club like Sussex. I had a fantastic pre-season and everything has progressed really well with the trips to Port Elizabeth and Dubai," he said.

"I am really looking forward to making an impact within the squad as we go forward."