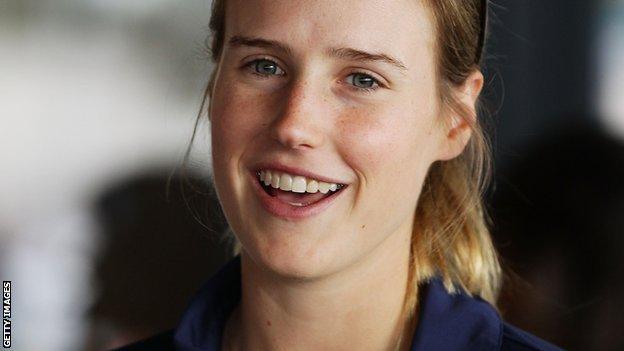 Australia's Ellyse Perry faces a battle to be fit for the Women's Ashes after undergoing a second ankle operation.

The 22-year-old fast bowler had surgery in March to remove bone spurs, but has had to go under the knife again after contracting an infection.

The sole Ashes Test against England begins at Wormsley on 11 August.

"Her anticipated return to bowling is another 10-12 weeks away," said Cricket Australia chief medical officer Justin Paoloni on Wednesday.

A stress fracture of the ankle forced Perry to miss three games of Australia's successful World Cup campaign in February, although she did return to take 3-19 in the final victory over West Indies.

"This latest surgery is expected to set Ellyse's rehabilitation timeline back an extra two to three weeks," added Paoloni.

"At this stage we still expect Ellyse to be available for selection for the Ashes series against England in August."