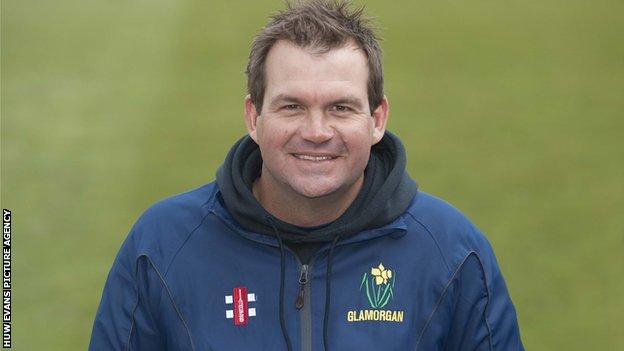 Glamorgan chief Matthew Mott says he expects his side to secure vastly improved results this season.

The Welsh county won three of 16 games in the County Championship Division Two last season and failed to make progress in the limited overs competitions.

Mott is in the third and final year of contract as Glamorgan's head of elite performance.

"You do feel in the third year that you should see the fruits of your labour," said Mott.

"We have built a squad over the last couple of years and this is the year where we should be looking to improve a helluva lot.

"Last year, we made some improvements towards the back end, but it was too little, too late.

"This month of April is very important for everyone at the club and in Wales. We have to start to show what we have got."

Glamorgan lost James Harris, who is one of four uncapped players in England's ICC Champions Trophy provisional squad, after he agreed to join Middlesex on a three-year contract at the end of last season.

Seam bowler Harris triggered a clause in his contract that allowed him to leave Glamorgan, who gave him his first-class debut as a 16-year-old in 2007, if the Welsh county were not in the top tier.

Mott has returned from a 10-day pre-season tour of South Africa with Glamorgan and is convinced his squad are ready to learn the lessons of last seasons's disappointing campaign.

"We need to improve across the board," said Mott.

"A realistic goal is to win more games than we lose and we didn't get close to that last year.

"If we get close to that, just like any side in this division, it can come down to the last couple of games and you are challenging, but we have to start the season better.

"We finished well last season but our start really killed us and our promotion aspirations."

Australian Marcus North is to lead the one-day side, while his countryman, pace bowler Dirk Nannes, has been signed to play in the Friends Life T20.

On Friday, Glamorgan play their final pre-season friendly with a three-day match against Cardiff MCCU.

Their first game of the season is against Northamptonshire in the County Championship in Cardiff on Wednesday.