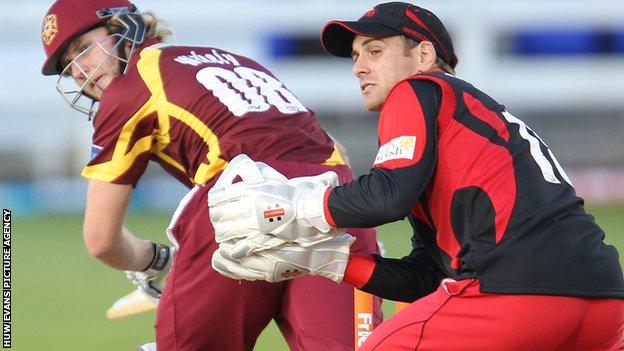 Captain Mark Wallace has been cleared to play in Glamorgan's opening game of the season in Cardiff on Wednesday.

The wicket-keeper injured his thumb on Saturday in the Welsh County's final pre-season friendly, but an X-ray has shown no significant damage.

He said: "It's a bruised and swollen but I'm hopeful of being able to play."

Murray Goodwin and Michael Hogan are likely to make their Glamorgan debuts in the LV= County Championship Division Two match with Northamptonshire.

Ben Wright has won the vote for open the batting alongside Will Bragg, with Gareth Rees missing out.

All-rounder Graham Wagg is likely to start, with Mike Reed likely to edge out Huw Waters for the final bowling place unless director of cricket Matthew Mott opts for four seamers and leaves out spinner Dean Cosker.