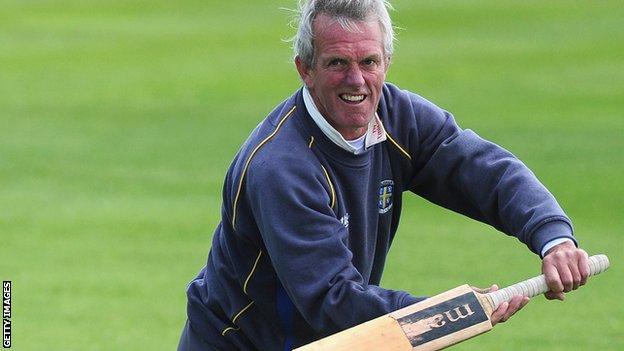 Durham coach Geoff Cook has shrugged off concerns over a lack of match practice ahead of Wednesday's County Championship opener against Somerset.

Cancelled games at Worcestershire and Loughborough meant the club's only warm-up came against Durham University.

"You want variety against different types of cricket but the guys are mentally right," he told BBC Newcastle.

"We've had three superb days practice against Durham Uni last week and are ready to dive in at the deep end."

Several counties have prepared abroad ahead of the new season, including Division Two side Northamptonshire, who recently returned from a two-week stint in Barbados.

We have a very strong. The bowlers are a settled unit and although we lack a little experience at the top of the batting order we have plenty further down

Last winter Durham travelled to Dubai for a training camp which included pre-season matches of various formats. However, they then failed to win a County Championship match until 27 July, losing five of their first 10 games.

"We haven't had a great deal of outside practice but pre-season is far from an exact science," he continued.

"Success abroad doesn't necessarily translate to success at home - last year we were in sunny Dubai and it was pouring it down here.

"This last week the ground has dried out and we've managed to train well outdoors. All in all, we're just about ready to go."

After a difficult start last season, Durham ended their Championship campaign strongly by winning five of their last six games.

This run led them away from relegation trouble and they eventually finished sixth, 51 points clear of second-bottom Lancashire.

And while the close-season has seen the retirements of Ian Blackwell and new Australian batting coach Michael Di Venuto, as well as the departure of former England seamer Liam Plunkett to Yorkshire, Cook has not made any new additions.

"The lads showed great character last season and obviously we want to continue the run of form we ended with," Cook added.

"Other teams have strengthened this year but we have a very strong squad.

"The bowlers are a settled unit and although we lack a little experience at the top of the batting order we have plenty further down.

"Paul Collingwood is fit and available after his hand injury which is a huge boost of confidence for the group. With a little luck we'll be very competitive in every game we play."