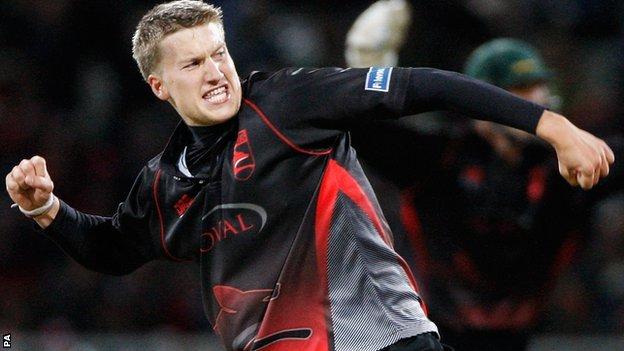 Vice-captain Josh Cobb is one of five players to have signed new contracts with Leicestershire.

Cobb, Nathan Buck, Greg Smith, Alex Wyatt and Ned Eckersley have all signed deals which keep them at the club until at least the end of the 2014 season.

"I am delighted that we have secured these players," chief executive Mike Siddall told the club website.

"There is a real buzz around Grace Road at the moment and it is great to see so many home-grown players in the squad."

Limited-overs skipper Cobb, 22, has become a key player for Leicestershire and fellow batsman Smith, 24, is another youth product who has been in and around the first team for several seasons.

Wicketkeeper Eckersley, 23, has scored more than 1000 first-class runs in 20 appearances.

Buck, 21, is already close to taking 100 first-class wickets for the club and fellow bowler Wyatt, 22, has also made an impression while in the full side.