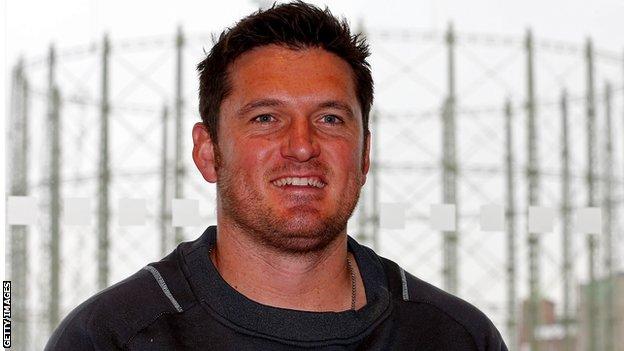 New Surrey skipper Graeme Smith is targeting long-term success at the club after arriving on a three-year deal.

The South Africa captain, 32, signed his deal at The Oval in November but only joined up with the side this week.

"I'm here long-term and I want to help the process of building success over time and instilling a winning culture," he told BBC London 94.9.

"I'll go day by day as captain to see where we can improve. I won't be gun-slinging, I'm just excited to help."

Smith has previously had stints in English county cricket with both Hampshire and Somerset.

Both spells were short-lived however, with the Johannesburg-born batsman spending just single seasons with the clubs in 2000 and 2005 respectively.

"It's been great meeting all the staff and players at a club with great tradition," he continued.

"The guys have a had a great pre-season and I'm looking forward to getting to know everyone better each day."

The opening batsman, who was made South Africa's youngest-ever captain in 2003 at just 22 years old, boasts an average with the bat of 48 in Test matches and 38 in One-Day Internationals.

He will make his debut as captain on Wednesday in the County Championship match against Somerset.

"Obviously I want to score a lot of runs but I'm excited about what I can bring from a leadership perspective," he added.

"The first thing I noticed when I got to the ground was my name on a locker - that was a big tick for me in getting excited for the start of the season.

"Things might take a little time but hopefully we can really hit the ground running against Somerset."

The 18-year-old will continue his education for the next two years and join the first team full-time in 2015.