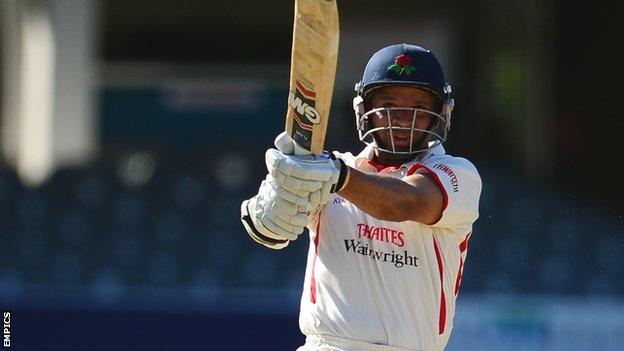 South Africa batsman Ashwell Prince is determined to help Lancashire back into Division One of the County Championship at the first attempt this season.

Prince, who was the county's overseas player as they has

"The addition of Simon Katich, as well as the other new recruits, have made the squad stronger," said Prince, 35.

"We are where we are and we've got a job to do to get back."

Speaking to BBC Radio Lancashire, he continued: "Players can get complacent if there's no one pushing for their position and I think we've got good competition for places this year."

As well as Prince and all-rounder and ex-England paceman have also been added to the squad.

Prince was the only Lancashire batsman to pass 1,000 Championship runs last season and he believes his previous experiences of the domestic game will enable him to make a success of his fourth spell at Old Trafford.

"Having had a full season last season, I'm used to the conditions and what's expected throughout a long county season," he added.