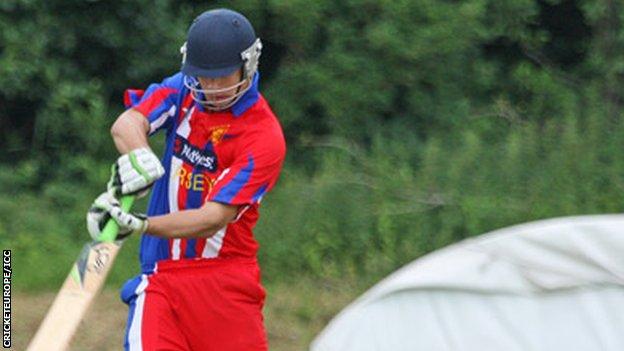 Cornwall scored 116-7 as Kelvin Snell got 23 with Ben Stevens and Charles Perchard each taking two wickets.

Jersey reached their target with two overs to spare as Stevens hit 60 not out and opener Peter Gough scored 20.

Rain had forced Saturday's 50-over game between the sides to be called off as Jersey prepare to host World Cricket League Division Six this summer.