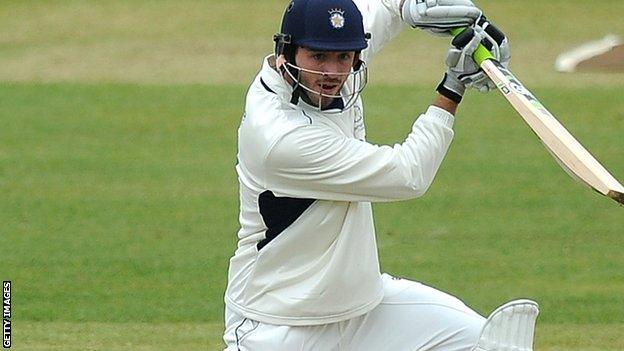 Vince scored 148 in the draw against Leicestershire and Dawson, who made 46, came in when they were 0-2 and shared in a 141-run stand with George Bailey.

"It was great for both of them," Adams told BBC Radio Solent.

"They are two guys who I feel, if they have a good April, will go on to have very good seasons."

He added: "Vincey got a fantastic 100 but I think Dawson played a really important innings coming in on the back of us losing two wickets for none."

Vince, who lost his place in the team last term, was delighted to get his season off to a flying start.

"Pre-season has gone pretty well and it's nice to get some early runs under my belt to give me some confidence for the rest of the year," Vince told BBC Radio Solent.

"I made a small technical change in the winter and it's working pretty well.

"The more four-day cricket I play the more consistent I am going to become, so it's nice to score some runs early."