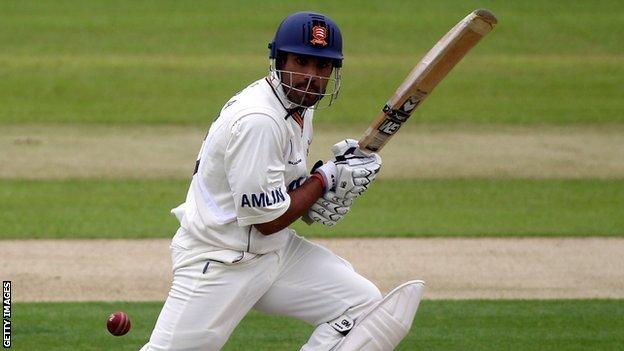 Essex opener Tom Westley has said team-mate Ravi Bopara has a hunger to excel for the Chelmsford side this term.

All-rounder Bopara, 27, could feature regularly for Essex after falling out of favour with England and

"I wouldn't say he had been out of sorts, but he's started really well this year and has looked brilliant in the nets," Westley told BBC Essex.

"I think he's desperate to do well and to score lots of runs for Essex."

Bopara put on 64 from 115 balls and Westley, who hit a superb 163, believes he will improve by playing with the England international.

"It's brilliant to bat with him. Not only because he's very calming but I also get one of the best views in the house watching him bat," said the 24-year-old.

"You can learn a lot just by being the other end from him. He always looks like he's got so much time.

"He's been in good nick ever since he came back in the summer. He hit some lovely shots and unfortunately we couldn't create a bigger partnership."