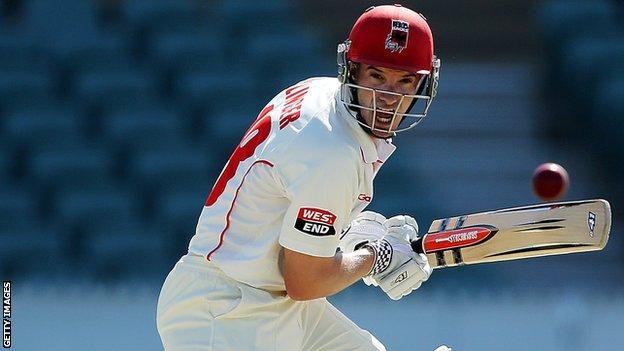 Gloucestershire director of cricket John Bracewell was delighted with the impact new skipper Michael Klinger had on his debut against Essex.

The 32-year-old Australian batsman took over the captaincy from Alex Gidman after signing as the club's overseas player for this summer.

"His field placings are astute and well thought out and he's obviously a keen watcher of the game.

"It's good that he's a reactive captain and proactive," said Bracewell.

Klinger has played for state sides Victoria and South Australia and also appeared for Australia's A side.

And he shares a common goal with Bracewell of developing younger members of the squad, a number of whom played in the club's opening Championship Division Two fixture, which brought them nine points.

"In all, I was really pleased with how Will Gidman bowled and James Fuller upfront," Bracewell told BBC Radio Bristol.

"We're probably slightly short of a trot on our bowling combinations but we've probably learnt more positives than negatives."