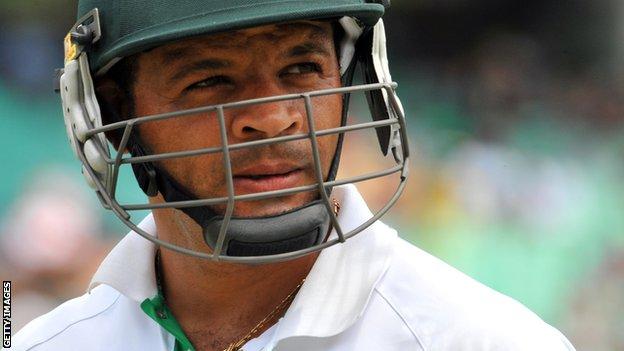 Lancashire batsman Ashwell Prince has said he has not retired from international cricket, but does not expect to be recalled by South Africa.

Prince recently to join the Red Rose as a Kolpak player, leading to speculation he had quit the national team.

But the 35-year-old said: "It's not really me making that decision.

"It's almost 18 months since I last played a Test match and, if I'm being realistic, those days have passed."

If we can make plenty of runs in the middle order, hopefully that will help us win games of cricket

"I still feel I'm good enough to play Test cricket but they don't think so," he continued.

"I don't have anything to prove to anybody and my record is there. If people don't have the belief in me any more, there's nothing more I can do."

Prince began the county season in style, at Emirates Old Trafford and sharing an fourth-wicket stand of 181 with former Australia opener Simon Katich.

And Katich - the county's overseas player this season - hopes it will be the first of many profitable partnerships the duo will share.

"We certainly enjoyed it," he told BBC Radio Manchester. "The openers had laid the foundations for us and we were able to have a bit of pressure taken off us to get some momentum going our way.

"If we can make plenty of runs in the middle order, hopefully that will help us win games of cricket. It's not going to happen all the time, but it's something that was enjoyable and hopefully we'll make plenty more during the summer."