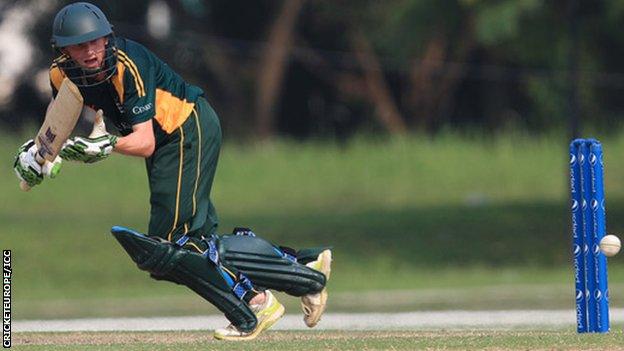 Guernsey's David Hooper has been named as International Cricket Council Europe's Young Coach of the Year.

Hooper, 21, who plays for the Guernsey national team, has led a programme of coaching in island primary schools.

"David will have a telling role creating the next generation of Guernsey players," said Guernsey's director of cricket Nic Pothas.

"All in Guernsey Cricket know that with David at the forefront of this we are in very safe hands."

He added: "Often you forget he is only 21 and it makes you wonder how good he might become."

There was more Channel Island success with Jersey's Gemma Dunning being named as a runner up in the ICC Europe Coach of the Year category.