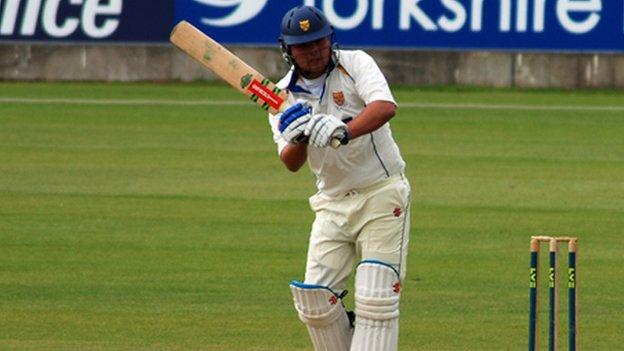 Joe Leach led the way with 69 to get Shropshire's Minor Counties Trophy campaign off to a winning start with a six-wicket victory over Lincolnshire.

Having put Lincolnshire in to bat at Shrewsbury, Shropshire bowled the visitors out for 261 in 48.2 overs.

But Leach and Ed Foster (45) started the fightback before Rob Foster (68 not out) and Jono Whitney (23 not out) saw Shropshire home.

"The way the boys batted was very impressive," said Oliver. "Particularly Joe and Rob with their half centuries.

"The way we played we could have chased down any score. The game ebbed and flowed but we adapted better to the changing situations than they did."

Shropshire's next two matches are both in East Anglia on May bank holiday weekend.

They play Suffolk at Ipswich School on Sunday 5 May before taking on Norfolk at Manor Park, Norwich the following day.