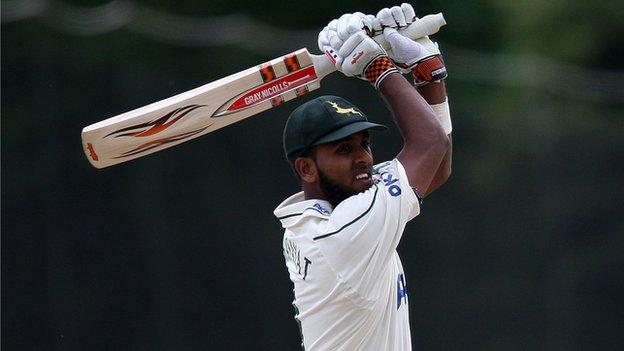 Having beaten Suffolk on Sunday by 37 runs at Ipswich, they then moved on to Norwich to beat Norfolk by five runs.

Alex Blofield starred in Sunday's victory, hitting 44, as well as then taking 5-34 with his off breaks.

Monday's win was inspired by a 126-run second-wicket stand from Bilal Shafayat and Ed Foster, who both made 75.

Fresh from his half century the previous day, Tom Cox then hit 44 not out as Shropshire plundered 68 from the last five overs to reach 290-8.

At 182-1, Norfolk looked to be on course for victory, even more so when they were left needing 11 to win from the final eight deliveries. But three wickets in as many balls changed the contest.

Shropshire still have one pool game remaining, against Wiltshire at Oswestry on 26 May.

But, having also won their group opener against Lincolnshire, their third straight victory has already booked a place in the quarter-finals on 16 June.