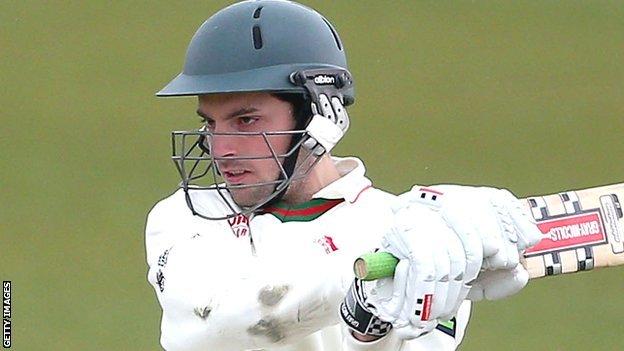 Ned Eckersley led the way with a century as Leicestershire responded well against Worcestershire in Division Two's battle of the bottom two.

Resuming at 294-7, the home side declared on 320-7, Thilan Samaraweera (100) getting the eight runs he needed for his first ton for Worcestershire.

Colombo-born Thilan Samaraweera's 42nd first-class century makes him the first Sri Lankan to reach three figures from that island for the county since Laddy Outschoorn more than half a century ago.

Eckersley, who finished on 108 not out, was then assisted by Ramnaresh Sarwan in an unbroken stand of 123.

But Sarwan was dropped on one at midwicket off Moeen Ali, who had earlier claimed his 100th first-class wicket.

After two rain-hit days, only three overs were lost before a slightly early finish at New Road.