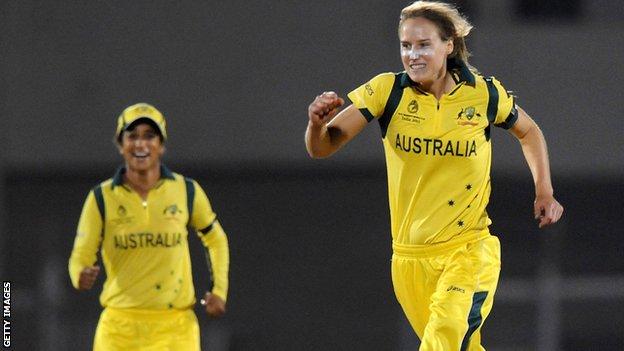 Australian fast bowler Ellyse Perry has been included in a 15-player squad for the Women's Ashes series in England in August.

The 22-year-old recently had surgery on an ankle injury and then contracted an infection which made her a doubt for the series.

The squad contains 10 of the 11 players who won the World Cup final for Australia in February.

For the first time the Ashes will be contested over all formats of the game.

The highest points total after one Test, three one-day internationals and three Twenty20s will win the Ashes, with Australia the current holders of the urn.

The chair of the women's national selection panel, Julie Savage, said: "This is a very important series.

"Australia currently hold the number one ranking in all formats and England will be extremely motivated to change the status quo."

Meanwhile, Cricket Australia has announced a new contracting system which will improve pay for national women's team players, although they will still not become full-time professional cricketers.